More ways to Listen →
"At my brother's wedding my Dad was wearing a bright purple pimp suit straight out of the 70s with a full on Dracula leopard print cape. Oh yeah!" 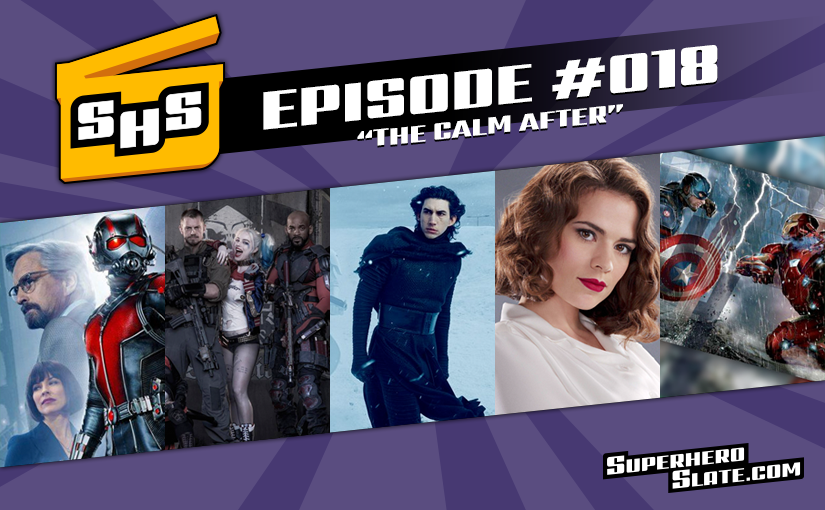 The Calm After | Episode 18

Superhero Slate doesn't let the week after Ultron slow us down. This week's podcast have Chris and Mike get ready for Civil War, look at Task Force X assembled, talk about CW adding another show to its lineup, and more!

If you’ve not listened to our Spoilercast last week, go hit it up! But only if you’ve seen Avengers: Age of Ultron. Listen here!