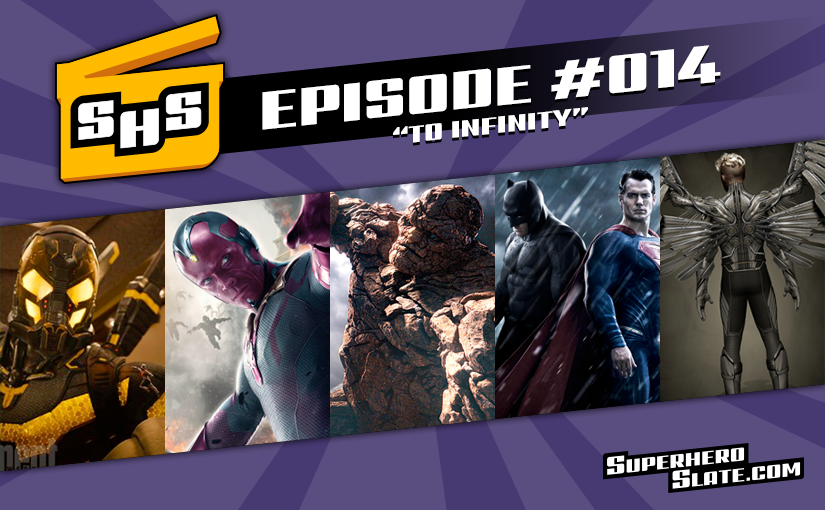 After completing one quarter of a year in podcasts, Mike and Chris ramp up for the summer blockbuster season on this week's Superhero Slate with the biggest news in town. Marvel has enough news to make you go blind, DC’s universe is shaping up to be a deadly competitor, Fox wants to grow their universe and more!